We have discussed executive presence in a previous article which quoted a Coqual study as showing that gravitas is the most important characteristic of Executive Presence. Gravitas contributes 67% toward one’s Executive Presence, while communication contributes 28% and appearance rounds us out at 5%. For leaders in transition, the elusive gravitas is of high interest so we will do a deeper dive into this today.

Let’s consider the story of Mike, a newly minted Vice President of Sales for a small distribution company.  His recent promotion was hard earned as he was the leading sales person over the past 5 years, and brought in 3 of the top 5 corporate accounts himself.  Mike replaced Ann who was well respected, but left to work for a larger firm.  Mike was confident he could step into Ann’s shoes, and with his market and customer knowledge he would have the sales team performing at a new level in no time.

Early meetings with his team and as a new member of the executive team were a settling in period, and so in Mike’s view they went well.  However, as time went on Mike became frustrated as he felt that his words and direction he offered did not have an impact with either his executive peers, or his sales team.  Although he hadn’t had much leadership training he did understand that his new title would not guarantee respect, but with his expertise and good nature he thought that the respect Ann had garnered would come naturally to him.  But somehow, when he showed up in a room little changed, and when he brought forward ideas no one gathered around to listen closer.

When he talked to Richard, the HR Director and one of his peers on the executive team, about his concerns, Richard suggested that he start down the long road of honing his leadership skills.  Richard made it clear that there was no silver bullet, but suggested that Mike consider who he wanted to be as a leader, and what he wanted his leadership presence to look like.  To help with his initial concern about being noticed, Mike should study the elements of gravitas for some tangible skills he could work on immediately.

Let’s take a closer look at the elements of gravitas that Mike studied closely:

This does not mean the loudest, the strongest handshake, or the most social.  It is an inner confidence from knowing that you belong because you add value that others can not, and that you can adapt to changing circumstances and the infinite variety of people.

Leaders make decisions, and by definition decisions are difficult, otherwise they are called foregone conclusions.  This takes courage because you know that some will disagree with you, often adamantly with great passion or even anger.  Holding your ground is important; when you give it up you are no longer leading, and the room takes note.

Standing your ground when enlightening information highlights an incorrect decision is however, not good leadership.  Acknowledging and correcting mistakes is good leadership and will be noticed by the room.

Standing up for what is right even though it may not be popular, may lead to ostracization for the speaker, or worse.  This element flows from the previous one by calling on courage to stand one’s ground.

Being self-aware allows one to adapt to other people.  It gives the capacity to care, to be curious, and to listen with intent.  By doing these things we make other people feel noticed and welcome; something that those with leadership presence do naturally (honed by practice).

As they say, your reputation precedes you.  Or in other words your first impression may be made before you even enter the room.  A reputation takes a long time to build up, and a short time to take down, so be diligent, consistent and maintain integrity in all of your actions if you want your preceding impression to light up the room.

The more time you spend thinking about bigger issues and broader impacts, the more other people will see it in you.  Your conversations will change and your enthusiasm for helping people to see a different outcome will grow.  Having a vision is a critical element of leadership, but there isn’t any leadership without others following the vision; be clear with your vision, so people know where, when and how to follow you.

Does Mike’s story have a happy ending?  Well, he did take Richard’s advice and he became a student of leadership.  As Mike extended his vision outward, thinking beyond just his sales KPIs, and worked on his emotional intelligence, his confidence increased and he was able to speak more decisively and convincingly about the things that mattered to him.  So yes, Mike became more visible in the room, as did the others in the room to him. 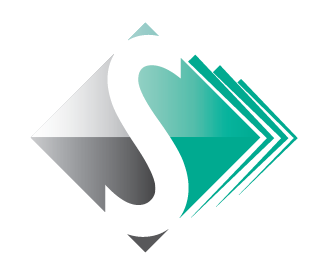